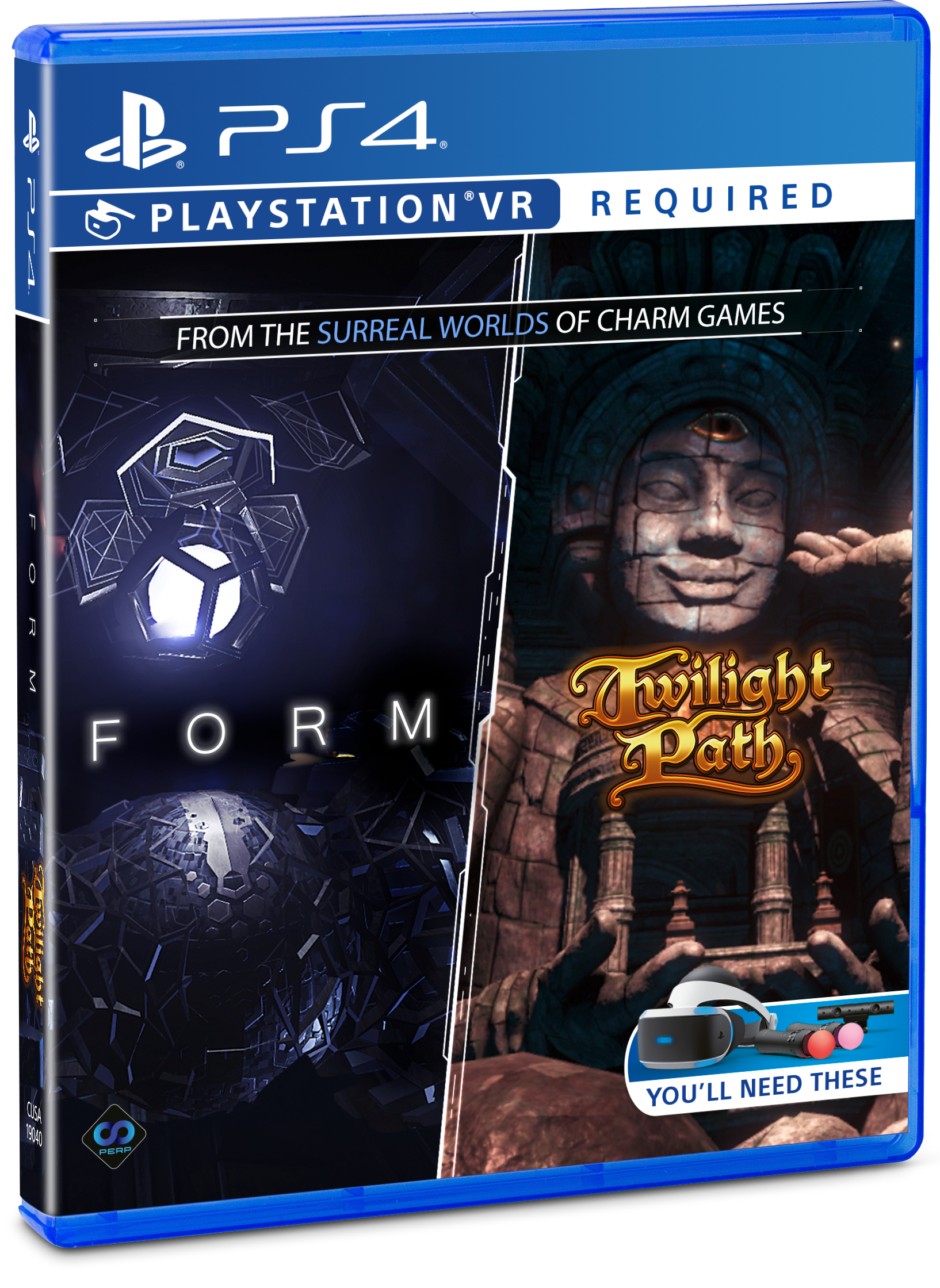 FORM and Twilight Path are two delightful and charming games and they are out now in Physical Boxed format across Europe.

In FORM, players guide Dr. Devin Eli, a brilliant physicist with superhuman powers of geometric visualization, on a VR journey to uncover the secrets behind a recently discovered ancient artifact, The Obelisk. Setting out from a remote Alaskan research facility, players solve stimulating puzzles and explore surreal environments built from Dr. Eli’s memories, dreams and fears.

Within these mindscapes players assemble puzzle pieces, unlock doors and open rifts to alternative realities. While advancing through the game, puzzles and environments become more complex and intertwined, accessing the deeper and more distant recesses of Dr. Eli’s mind. By solving these puzzles and “unlocking” the constraints of Dr. Eli’s mind, players will ascend through progressively higher levels of consciousness to discover a path toward Dr. Eli’s true destiny.

In Twilight Path, players awaken to discover that they have become trapped in a mystical spirit world between the real world and the afterlife. To escape, they will have to use their wits to solve VR puzzles, reshape and restore massive stone structures, open sealed passageways, and explore a gorgeous and vibrant world.