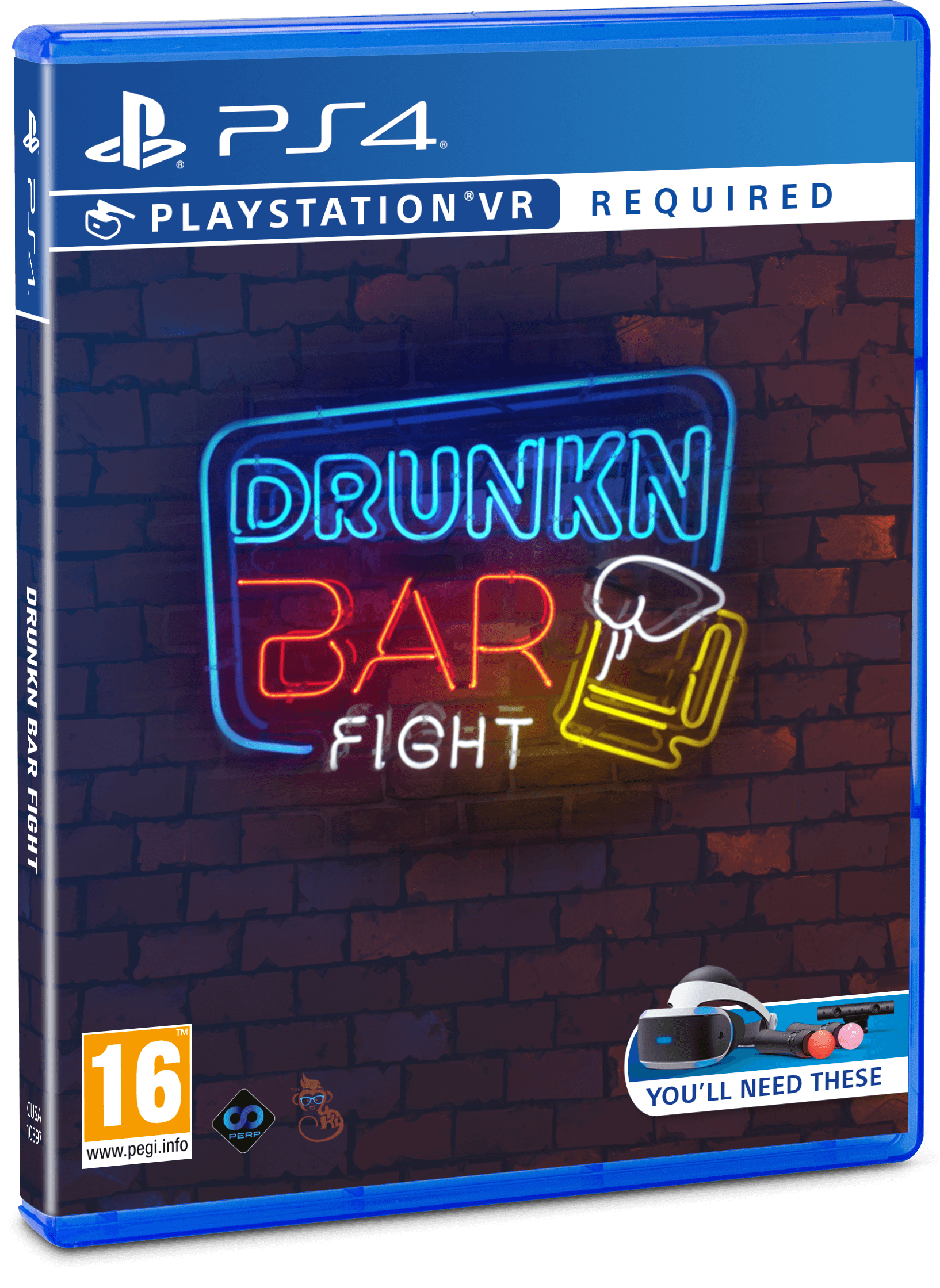 Publisher Perp Games and Munky are delighted to announce that Drunkn Bar Fight will get its physical release tomorrow in EU Territories on PlayStation ® VR.

Drunkn Bar Fight is one of the most talked-about and watched games on YouTube in VR, with the likes of Kinda Funny Games, The Sixth Axis, PewDiePie, Pure PlayStation, and more producing content and praising its hilarious style.

Drunkn Bar Fight, gives you the freedom to release your inner agent of chaos, as you walk into bars, crash into parties and use everything you can get your hands on as weapons of mass disturbance for the unsuspecting patrons.

In total, across the game’s four varied locations – which include a rooftop bar and an alleyway – there are more than sixty different types of objects that can be used and combined for even more dastardly mayhem

Drinking to affect your abilities in battle, finding hidden discoverables and secret weapons can also help to catch your sparring partner off guard, as they are trying to fight back.

Drunkn Bar Fight lets you play solo or with up to three other friends in online and offline co-op, working your way through each area.