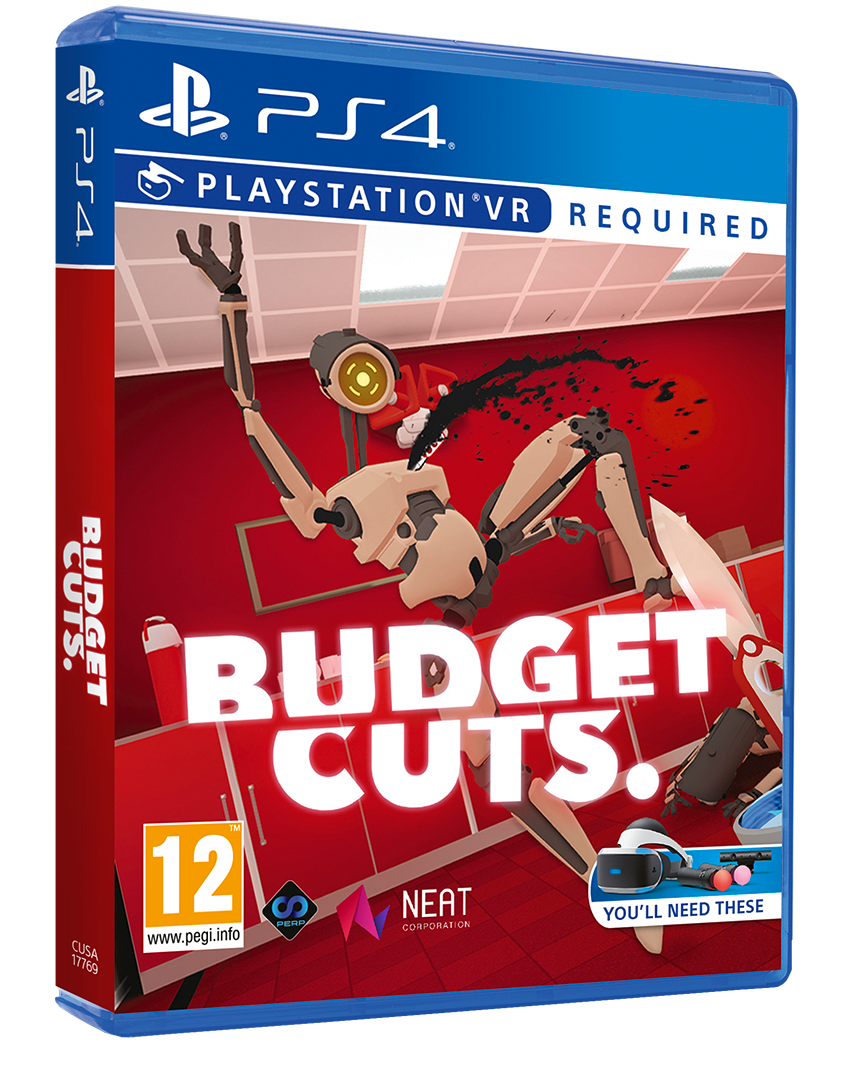 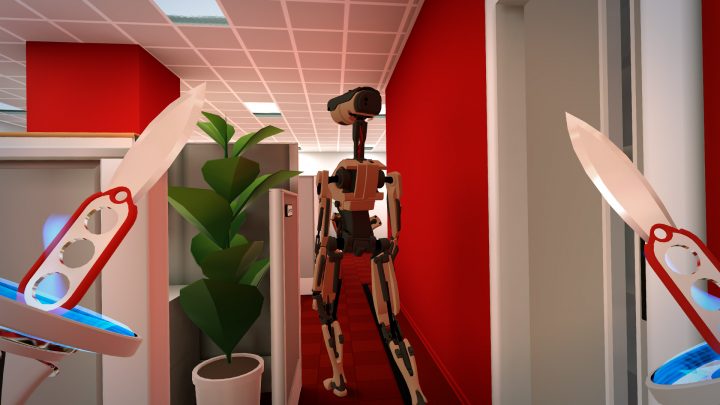 From Swedish developer  Neat Corporation and published for retail by Perp Games, Budget Cuts releases on PlayStation®VR tomorrow in Europe. Gamers are challenged with saving their jobs and their lives in this unique virtual experience that delivers a combination of tension, action and laughs.

In Budget Cuts, players work for mega conglomerate TransCorp. The company has brought in cost-cutting, evil efficiency robots putting everyone’s jobs in danger. As the latest co-worker is dragged off to the terrifying HR department, the player’s only chance to survive is to quickly and silently sneak through the office, defending themselves from supervisors and armed security guards.