Back of the net! Headmaster: Extra Time Edition comes to retail on PlayStation VR

The Extra Time Edition will include the base Headmaster game, as well as the endlessly replayable pass and play Party Mode and brand new Lost Lessons  DLC.

Headmaster puts your head in the game of football as never before, using the unique properties of Virtual Reality.

In the Football Improvement Centre, you begin an intense re-education under the guidance of world-class staff, focusing on your heading technique.

The Extra Time Edition features the classic Headmaster game which includes more than 40 levels in a single-player story-driven campaign, tasking the player with heading the ball at open goals, across basketball courts, down bowling alleys and much more.

Additionally, there’s an extensive multiplayer party mode that lets between two to six players play together to get the highest possible score in wacky, vibrant levels, such as carnivals and basketball courts.

And bundled in this new physical edition is a brand new DLC – The Lost Lessons, which grants special access to Carl’s Workshop, containing 10 new levels that were too dangerous and expensive to meet the legal requirements of The Football Improvement Centre. The Lost Lessons also includes a brand new Party Mode level for when social distancing measures are relaxed.

With PS4 Pro Improvements, a dark sense of humour, and enthralling gameplay, whether you’re a football fan or not, Headmaster is a complete package that is now even bigger and better than ever with the Extra Time Edition.

Headmaster has been unanimously praised by critics, with God is a Geek believing it’s ‘a worthy addition to any PSVR library’ and We Got This Covered saying that Headmaster is ‘simple, playable, and incredibly fun’.

Of the announcement, Ben Throop, Founder of Frame Interactive, says “We are excited to finally see Headmaster available in physical format thanks to Perp Games. Fans have asked for this for years and we’re happy to be able to pack it with extra content.”

Rob Edwards, Managing Director of Perp Games, says “Whether you’re a football fan or not, Headmaster has something for everyone and we’re honored to be working with Frame Interactive on this critically acclaimed game, bringing you new and exciting DLC, fantastic party modes, as well as an extensive single-player campaign.”

Headmaster: Extra Time Edition will get a global physical release on PlayStation VR from June 5th. 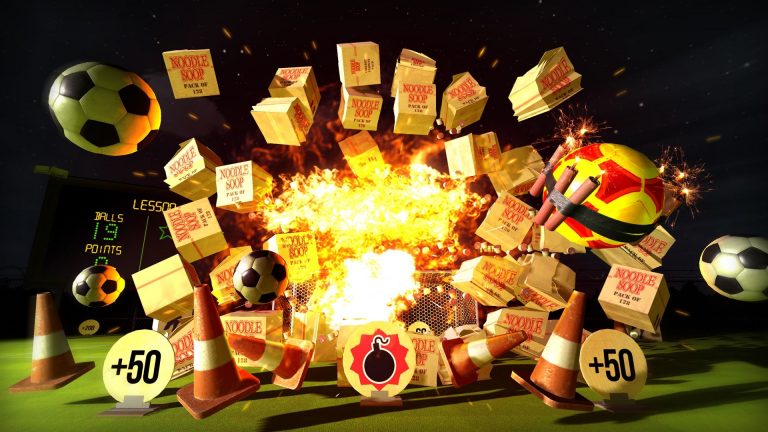