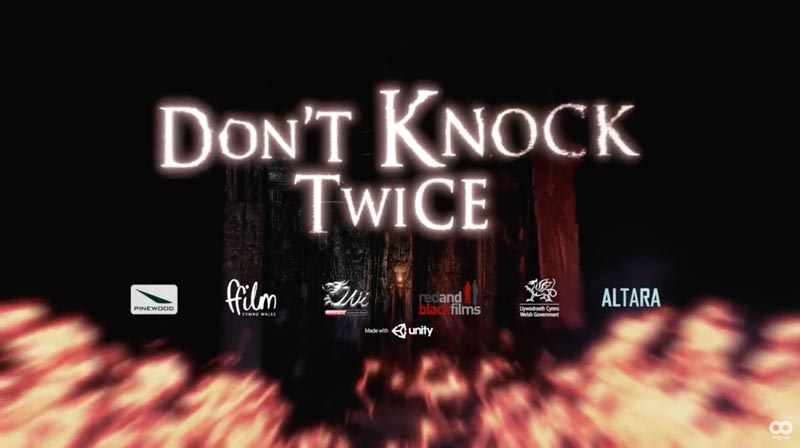 Published by Perp Games last year, Don’t Knock Twice is based on a terrifying urban legend which tasks players with exploring a creepy manor house in Virtual Reality.

It was developed alongside the horror film of the same name, in partnership with Red and Black Films and Ffilm Cymru Wales.

We couldn’t be happier for our friends at Wales Interactive, a multi-time award-winning studio who go from strength to strength, and wish them every success when the BAFTA Cymru Awards take place in Cardiff on October 14th.

Perp’s relationship with Wales Interactive was strengthened earlier this year when we also published their wave-based VR shooter – Time Carnage.

Wales Interactive have also been nominated in the same category for the excellent FMV game, Late Shift along with Welsh game, Byd Cyw. The award is sponsored by Games Design at Glyndŵr University

If you’ve yet to try either Don’t Knock Twice or Time Carnage, there’s never been a better time as both games are now available at all good retailers.