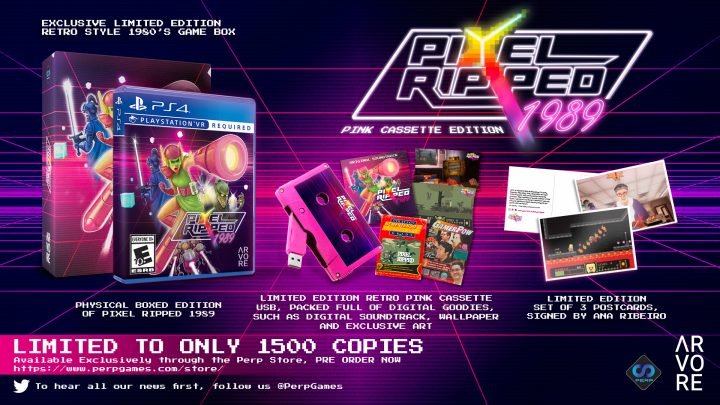 With only 1,500 copies the Pink Cassette Edition Pre-Orders are now open and will be exclusively available to purchase on the Perp Games Store.

As well as the Pink Cassette Edition, Perp Games are also happy to announce that they will be selling a standard physical edition of Pixel Ripped 1989 on PlayStation VR. This standard edition will be exclusive to the Perp Games Store, is not limited, and will be available for as long as there is demand.

Also included in the box is a limited edition retro pink cassette USB drive, which is packed with digital goodies, like the official soundtrack for Pixel Ripped 1989, wallpaper and exclusive art. There will even be a limited edition set of 3 postcards, signed by the Game Director, Ana Ribeiro.

Pixel Ripped 1989 is an award-winning, multidimensional homage to retro gaming and is a highly original take on the 8-bit generation only possible through the power of Virtual Reality.

Of the announcement, Mickey Torode at Perp Games says ‘This is an incredibly exciting milestone for the Perp Games Store. We know fans have been eager to learn more about our plans for Pixel Ripped 1989 and the Pink Cassette Edition is something we can’t wait to share with you when it releases August 25th!’

If you’re ordering from the UK, simply go to the Perp Games Store and check out the item as normal.

If you’re ordering from outside of the UK, please send an email to perpstore@perpetual-europe.com with your full address to receive a quote, including postage. You can also request and choose whether to receive an ESRB or PEGI copy of the game.

Pre-orders for both the Pink Cassette and Standard Editions of Pixel Ripped 1989 are open from today! 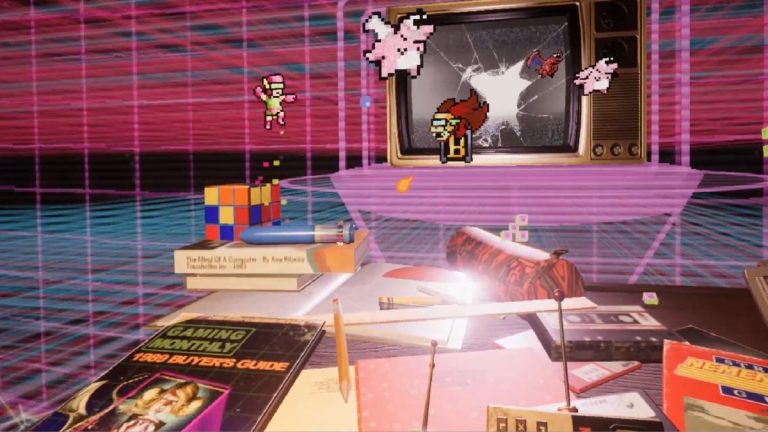