Creed: Rise to Glory will be Perp Games first Knock Out Title of 2020

Survios and Perp Games are excited to announce that Creed: Rise to Glory will release physically on PlayStation VR on January 17th 2020 in EU Territories.

Based on the hit film franchise starring Michael B Jordan, players will step into the ring as Adonis Creed to challenge both body and mind in a bid to become a world-class fighter and Heavyweight Champion.

This intense cinematic boxing experience will see you go head to head with familiar fighters from the Creed universe, while receiving tuition from the legendary Rocky Balboa himself.

Creed: Rise to Glory features multiple game modes, including a full story-based career, as well as a Training Mode, and Freeplay that includes custom matches.

With precise upper-body tracking that uses Phantom Melee Technology, you will feel the connection of each uppercut, jab, and flurry through active 1:1 boxing gameplay.

Creed: Rise to Glory is the third game to be announced as part of the ongoing collaboration between Perp Games and Survios, following the release of Battlewake on December 6th and the upcoming PSVR release of The Walking Dead: Onslaught.

Seth Gerson, Survios CEO, said, “Creed: Rise to Glory is one of the most widely distributed VR games via online stores, North American retail locations, and Survios’ worldwide LBE distribution network. By partnering with Perp Games we are thrilled to introduce Creed: Rise to Glory to new audiences throughout the world to experience truly immersive entertainment.”

Creed: Rise to Glory comes to retail on PSVR in EU Territories on January 17th 2020. 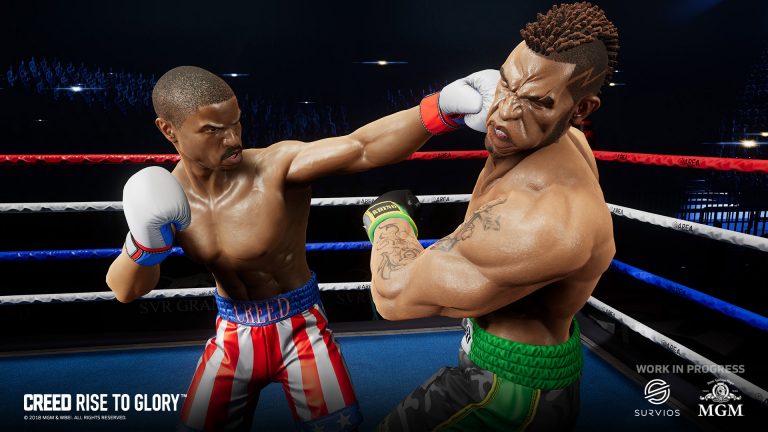