Terrifying DLC Treats for The Angry Birds Movie 2 VR: Under Pressure this Halloween

XR Games, in conjunction with Rovio Entertainment and Sony Pictures Virtual Reality, wants to thank all the players who have made their PlayStation®VR movie tie-in game, Angry Birds Movie 2 VR: Under Pressure, the couch co-op hit it has become – with a free DLC pack for Halloween!

Angry Birds: Under Pressure immediately became the go-to couch co-op VR game upon its release in August 2019, entertaining players with its unique asymmetric cooperative gameplay and hilariously hectic, slapstick fun. Inspired by reviews that called the submarine action game “A co-op PSVR gem” and “…one of the best couch co-op games to come out in years!”, XR Games is keen to thrill, chill and krill all over again this Halloween!

Teams across the globe have captained and crewed their submarines to treasure-hunting glory over the first 30 levels of this “…great social co-op experience that will keep everyone laughing.” Naturally, they demanded more!

So spines will tingle and hair will raise as players pilot a spooky, steampunk submersible through six eerie new levels, including a new storyline introducing famous Piggy alchemist Roger Bacon! Explore his sunken island, swim with the ghost fishies, and learn the unexpected secret of his obsession with gold!

And that’s not all! Play at last as everyone’s favourite Piggy scientist, Garry; compact Pigium in the new Pigium machine; and dress up in a brand new range of haunting Halloween hats! Download the new free content as of 8th October 2019 – which is also the week of the PlayStation®VR third anniversary celebration.

“The reception our game has received has justified all the hard work we put into it,” said Bobby Thandi, CEO of XR Games. “I’ve played the game with players around the world, and it proves that laughter is the universal language. We can’t wait to make our players laugh again with this free Halloween DLC pack, extending the fun for one, two, three or four players of all skill levels.”

Jake Zim, SVP, Virtual Reality, Sony Pictures Entertainment, also shared his perspective on the new offering: “We’ve got a lot of fun in store for Angry Birds fans with the new Halloween DLC. Just when players think they get the hang of the game, we’re back with the characters you love along with some ghost fishies and other spooky surprises to make it extra challenging.”

Joe Lawson, Head of Entertainment Content and Movie Program at Rovio Entertainment, summed it up: “It’s scary how much fun this immensely enjoyable game gets with the addition of new levels, characters and storylines. And playing as a team, whether you enjoy dressing up at Halloween or not, is what makes this game so hilarious and memorable.”

Rob Edwards, Managing Director of Perp Games says. “Halloween is the perfect fit for The Angry Birds Movie 2 VR: Under Pressure and who doesn’t love free content? This continues the excellent work XR Games have already done and offers even more value for money out of the box.”

Visit www.xrgames.io for more information, including a collection of awesome quotes from reviews. 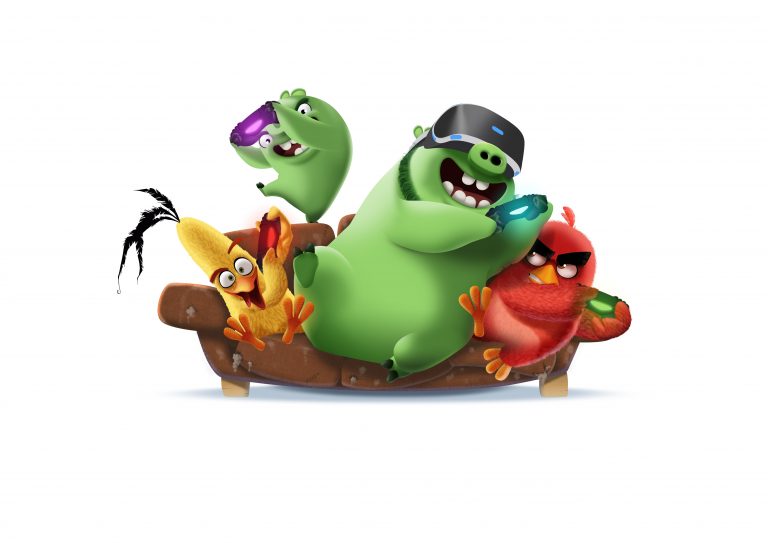