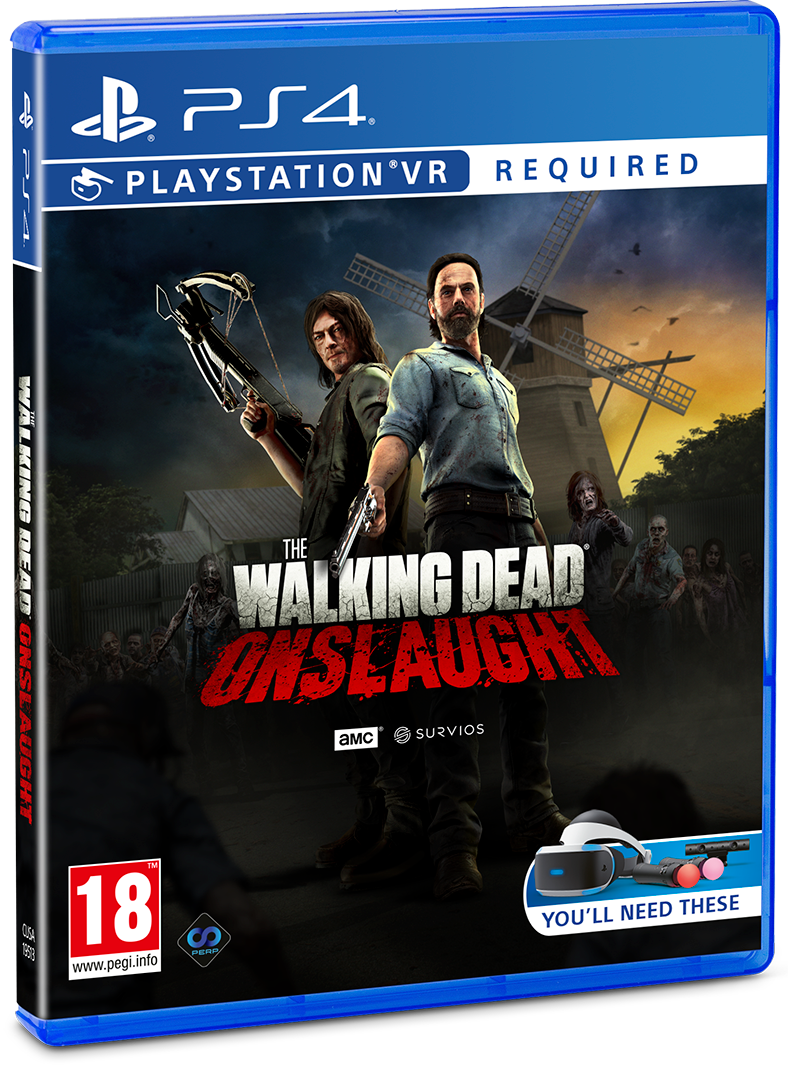 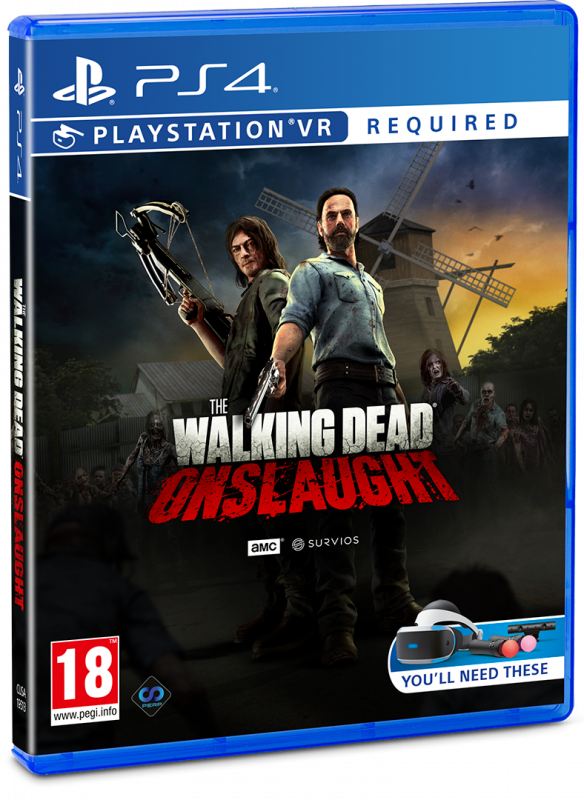 We are very excited to announce the physical launch of AMC’s The Walking Dead Onslaught for PlayStation VR in Europe starting today and in North America on October 13.

The Walking Dead Onslaught tells an untold story set shortly after the Savior War in an Alexandria devastated by the fighting and struggling over its ideals. As Darly Dixon (Norman Reedus), players will slash through walkers as they recount a fateful encounter with a mysterious stranger lurking outside the town’s walls. The game’s infinitely replayable Scavenger Mode allows players to embark on supply runs as Rick, Darly, Michonne, and Carol, where they’ll encounter overwhelming hordes of walkers and collect important resources to rebuild their community, upgrade and modify iconic weapons from the show, find new survivors, and unlock new quests.