It’s a Summer Spectacular of Games

Perp Games are thrilled to announce their most varied lineup yet, coming this Summer!

Whether your genre of choice is survival horror, thrill-seeking, action/adventure, or racing, there will be something for everyone.

Perp Games will release titles across major formats at retail globally over the next few months, including PlayStation 4, Xbox One, and Nintendo Switch. 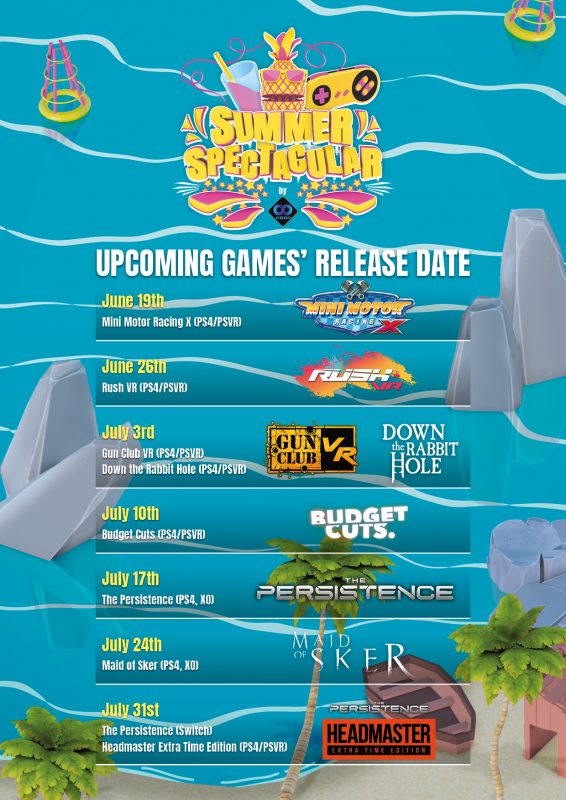 Beginning June 19th, we have three titles from top VR developer The Binary Mill, starting with Mini Motor Racing X. Players will be able to dive into the high octane frenzy on PlayStation 4 with hundreds of races and dozens of cars to unlock.

This will be followed by Rush VR on June 26th, also from The Binary Mill, which takes you on the ultimate wingsuited thrill ride in an adrenaline-pumping world in PlayStation VR.

The month of July will then be jam-packed with the richest and most varied lineup in Perp Games history, beginning July 3rd with two titles!

First up, Gun Club VR, the third and final published title from The Binary Mill, will come to retail, letting PlayStation VR players take to the range with the world’s most powerful weaponry.

Also on July 3rd, PlayStation VR players will be able to tumble Down The Rabbit Hole with an exciting new adventure game from Cortopia Studios. Explore Wonderland as never before through the power of Virtual Reality.

Then on July 10th, PlayStation VR owners will finally be able to experience Budget Cuts from NEAT Corporation. It’s one of PSVR owner’s most “wish-listed” titles and now the beloved VR classic will be coming to retail bigger and better than ever.

Perp Games will release a brand new Xbox One title on July 17th as The Persistence from Firesprite Games comes to retail, alongside the PlayStation 4 edition. See what terrors lurk in the far reaches of space as you desperately try to endure in this survival horror.

And if that’s not enough horror, on July 24th Xbox One and PlayStation 4 Owners will also be able to pick up Maid of Sker from Wales Interactive. Relive the haunting Welsh Folklore of Elisabeth Williams with a unique sound-based AI system, using no-weapon survival tactics.

Finally, on July 31st, Nintendo Switch owners will be able to get their hands on a copy of The Persistence, while PlayStation VR owners can look forward to Headmaster Extra Time Edition from Frame Interactive, which brings football back into homes across the country in the zaniest possible way.

Perp Games is honoured to work with so many talented teams on these incredible games and is gearing up for a truly unforgettable Summer.

For more information on individual products, visit perpgames.com or any of our social media channels. 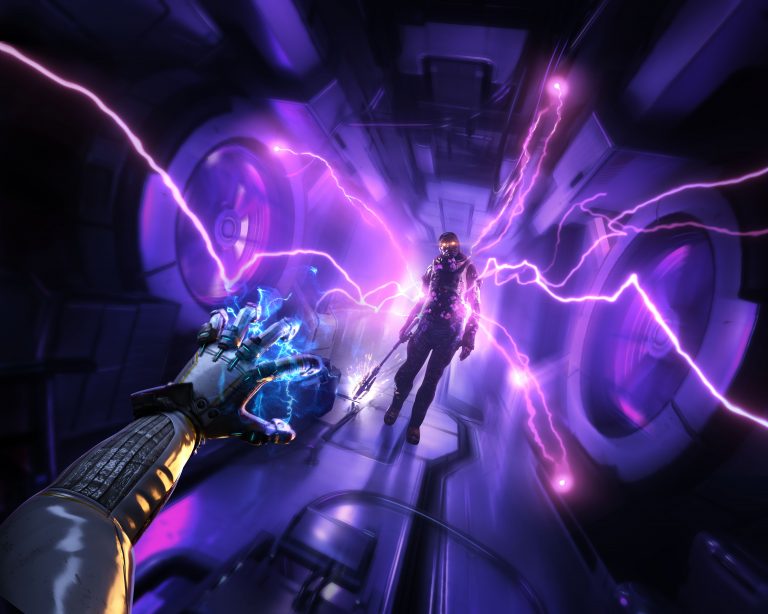