Budget Cuts to get simultaneous digital and physical PSVR release this May!

NEAT Corporation, Coatsink, and Perp Games are absolutely delighted to announce that Budget Cuts will be coming to PlayStation VR on May 15th with a simultaneous digital and physical release.

Budget Cuts is a VR stealth game which has you zip, sneak or fight your way through the murky corridors of Transcorp Offices.

One of the most beloved games available in Virtual Reality is coming to PlayStation VR on May 15th and Perp Games will be distributing the game physically alongside the digital release.

In Budget Cuts, you are an employee at mega-conglomerate, TransCorp. Your job seems menial, stamping papers and archiving files, but when you find out TransCorp are making cutbacks and your co-workers are being replaced by robots, you start to question your safety and what’s happening around you.

Something strange is happening at Transcorp and when you come into possession of a prototype stealth device from a mysterious benefactor, you decide it’s time to get out of the building and make a bid for freedom.

Budget Cuts is one of the most critically acclaimed VR games on the market, with Eurogamer calling Budget Cuts ‘the future of VR right freakin’ now’ IGN saying it’s ‘the best, most interesting VR game’ and Kotaku saying it is reminiscent of ‘classic Valve single-player games’.

Of the announcement, Jenny Nordenborg, CEO of NEAT Corporation says “We are so excited to see Budget Cuts coming to all you awesome Playstation VR players out there! We’ve been huge fans of how creative and approachable the audience for PSVR has been throughout the years, and are really looking forward to seeing everyone meet Bob, Amber, and all the other Robots in Budget Cuts.”

Budget Cuts will be available digitally and physically on PlayStation VR on May 15th. 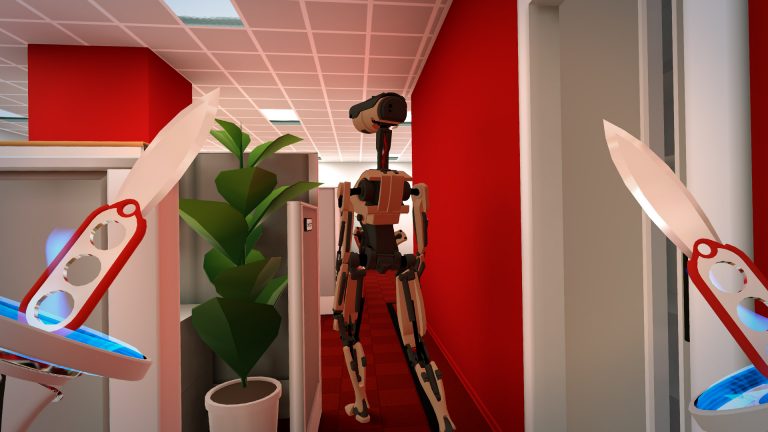