Nusakan Studio and Perp Games are delighted to reveal that Taurus VR is now available on Steam Early Access for £9.29 / $11.99.

The final release of Taurus VR is expected Summer 2020 on the Steam and Oculus Stores and will be compatible with all major PC headsets.

A demo is now available to try the game for yourself, controlling the all-rounded LUV-5 spaceship to try to reach the highest score possible to top the leaderboards as you face endless waves of enemies.

By purchasing the Early Access of Taurus VR from today, you will receive a Pioneer’s Badge and be able to unlock the Alien Spaceship by beating the game before the next update. The game also comes complete with Steam Achievements.

And if you’re in the Top 100 Scorers before February 14th, you will be entered into a raffle for a chance to name the upcoming fifth world in Taurus VR.

Beginning with the release in January, there will be four worlds, five spaceships, and a leaderboard in the game, with a super discount for early adopters of Taurus VR.

Each spaceship has unique properties, with some better suited to certain encounters than others.

The roadmap will be split into four tiers with the final release expected to have five worlds, nine spaceships with additional mods, as well as boss battles, seasonal events and much more. Purchasing Taurus VR during the Early Access period will represent incredible value for money with the amount of content being generated by Nusakan Studio.

Of the announcement, Jaime Núñez, Creative Director at Nusakan Studios says “This VR game is our personal tribute to the forever-awesome, Galaga. We’ve put a lot of love into the production of the game. Above all, it’s a fun and motion-sickness free shot of adrenaline. We want to give the player a lot for their money, and hope they help us with their feedback to make this game as awesome as it can be”.

Taurus VR will add to the digitally published portfolio of Perp Games and of the announcement, Rob Edwards, Managing Director of Perp Games says “Nusakan Studio is a talented team filled with potential, creatively recreating retro-style gameplay for a new generation of gamers. We can’t wait for you to try out the demo and see for yourself just how amazing Taurus VR is.”

Taurus VR is now available on Steam Early Access along with a full demo. Taurus VR will leave Early Access and release in full Summer 2020 for all major PC Headsets.

Steam Early Access Codes are Now Available. Please use the contact details below to request a copy. 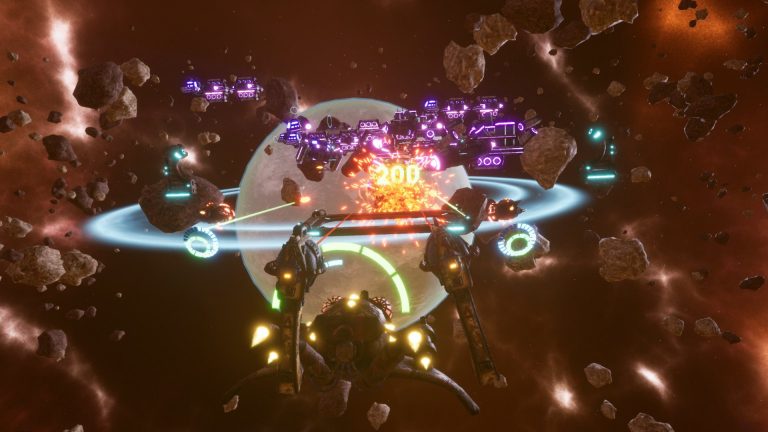