Strange Games and Perp Games are delighted to announce that Honor and Duty All Out War Edition will be releasing physically on PS4, this Summer.

Honor and Duty Arcade Edition takes players back to WWII with Team Fortress style gameplay. You’ll be able to choose between four classes of characters, including the Infantry, Medic, Heavy and Engineer, each offering you a different way to play. These are all gradually unlocked as you’re promoted throughout the game.

By killing enemies in battle, you earn in-game currency which is used to purchase ammo and weapons such as rocket launchers, machine guns and rifles.

Soldiers can also be trained to fight alongside you in battle as you tackle unique objectives often involving wave-based action.

The Arcade Edition has also been completely remastered with all the buildings, levels and weapons remade, using the code base from Honor and Duty D-Day. With new quality of life updates and improvements, this will be the best version of Honor and Duty: Arcade Edition yet.

Honor and Duty D-Day adds to the experience even further by introducing vehicles to the action, such as planes, jeeps and tanks, along with PSVR Aim Support.

Most excitingly, Honor and Duty D-Day adds Team Deathmatch and Attack and Defend modes for up to 32 Player Online Matches, as well as a famed Battle Royale mode to the series.

If you’re not into multiplayer, there will even be a brand new, significant, and expansive single player mode included with extra missions and scenarios.

Honor and Duty is beloved all over the world with critics and consumers buzzing over it, saying it’s ‘simply great’ and ‘one of the best multiplayer games on PSVR’.

Of the announcement, Reggie Strange, Managing Director at Strange Games, says “We’re very excited to work with Perp Games in delivering a physical release of the Honor and Duty franchise. They’ve been extremely easy to work with and very supportive during the process. Additionally, it’s great to work with a publisher who has so much experience with PSVR and the community. We look forward to a long relationship with Perp Games.”

With an improved party system, additional maps, and new weapons, Honor and Duty: D-Day is the biggest online multiplayer experience on PSVR.

Driven by community feedback and the promise of extensive post-launch support, Honor and Duty All Out War Edition is an unforgettable multiplayer experience that offers plenty of value for money.

Rob Edwards, Managing Director of Perp Games, is excited by the growing success of Honor and Duty. “At Perp Games we love how the Honor and Duty brand is getting stronger and stronger.  Strange Games is great at listening to what their fans want and continually building and adding content to their games.  We feel a special boxed Edition is a perfect step in the development of this franchise””

Honor and Duty All Out War Edition on PS4 releases in Summer 2019 in EU Territories. An NA date will follow. 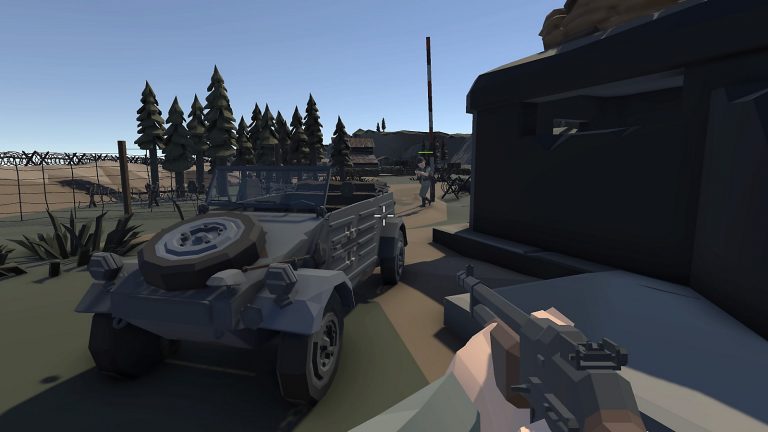 Honor and Duty All Out War Edition