We’ve not long got back from Birmingham and EGX 2018, the first trade show we’ve ever exhibited at as Perp Games, and the response has been incredible.

Before I get into that too deeply, I just want to extend a massive thank you to Exertis. Without them, this wouldn’t have been possible. They came to us with an opportunity a few weeks back and offered us a generous space at their wider booth.  If not for them, we wouldn’t have been at EGX. And they couldn’t have made us feel any more welcome if they tried, with fantastic neighbours, Gaming Xtra, Plantronics, and X Rockers.

When we got there, they’d already provided a table, chair and set up the decking of the booth. It was a real wow moment for us. Perp Games is made up of a small team of people from across the world, working remotely, communicating daily by email and calls. And having a physical base at the UK’s biggest games trading show, sharing floor space with the likes of Sony and Nintendo, filled us with a real sense of pride. 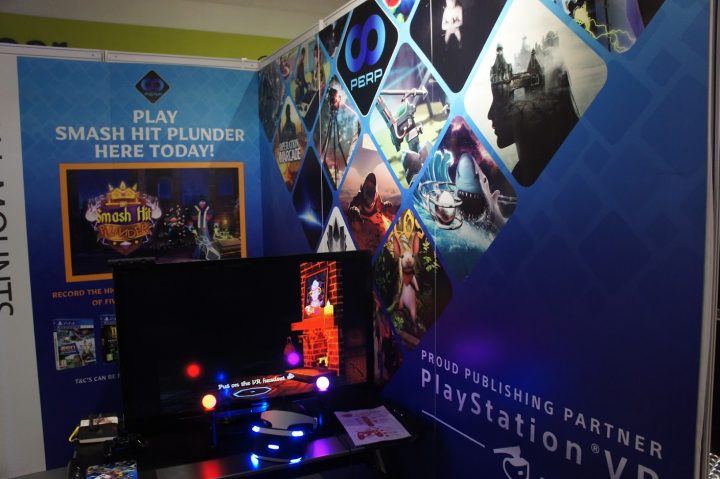 While Perp work on so many incredible games, with amazing developers from all over the world, we made a decision early on that we wanted to accomplish two things at EGX. Number one, introduce ourselves to the wider gaming world. Number two, reward those who’ve supported us and have a bit of fun.

So we exhibited Smash Hit Plunder – one of our upcoming boxed releases on October 5th – from Cornish-based Studio, Triangular Pixels, along with the team themselves, and ran a competition. The highest scorer recorded at EGX would then be contacted post show and offered five Perp Games titles of their choosing, including the game they’d been playing. That person has now been contacted and we’re happy to announce that it was Olivia Craven with a score of 1407!

Some absolutely magnificent smashing, hitting, and plundering. Congratulations to you! 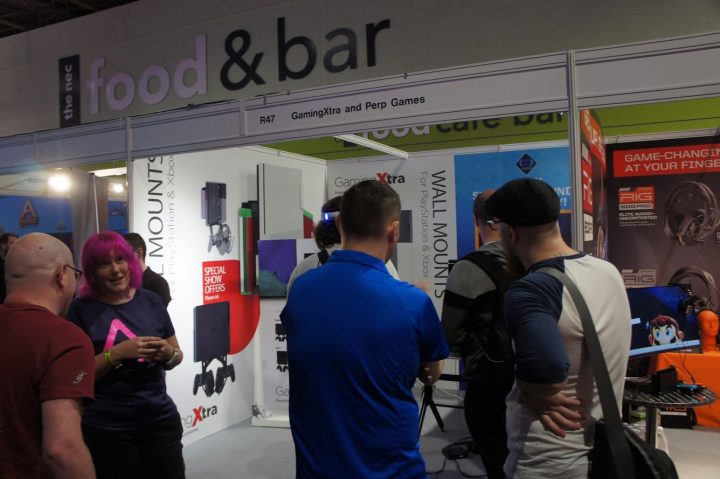 But just as it was important for us to have fun, this was also a golden opportunity for Katie and John, creators of Smash Hit Plunder, and ourselves to see what the reaction would be like to Smash Hit Plunder. It was overwhelmingly positive.

We had repeat players come back to our booth to try and beat their score, bringing family members in tow. As word started to spread, members of the press sought out the booth and went away impressed. And with the crazy queues at the PlayStation booth, our small area provided ample opportunity for many people to try out PSVR for the very first time without waiting hours in line.

Unanimously, though, almost everyone told us that they had fun with Smash Hit Plunder. We continually surprised people watching their family and friends play in VR, telling them they could join in on the TV. Hilarity, most definitely, ensued.

We did have a few consumers reluctant to try VR after a previously bad experience. But after watching others have so much fun, they opted to try it and enjoyed themsleves so much that they wanted another go!

Consumers relished the opportunity to put questions to Triangular Pixels who were present throughout all four days, quizzing them about developing for VR, what it takes to make a game, and also to provide them live feedback. In turn, people spoke to us about other titles we’re working on, realising that the world of PSVR has grown exponentially over the last few years and there are some fantastic games on the market. 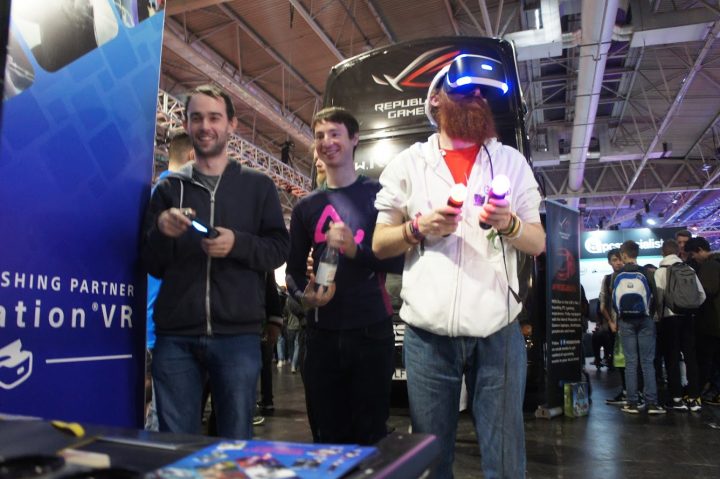 We met so many amazing people this year, united by our love of games and this ever-evolving, growing industry. But we also shared a booth with two extremely talented, hard-working developers, who were so happy to share their creation to the public for the very first time on a PSVR.

John and Katie were a joy to be around from the time the show doors opened to long after they had closed. They made time to speak to everyone, whether they were aspiring developers, or just a little bit curious about VR. They even found time to do a talk about the asymmetrical multiplayer of Smash Hit Plunder at one of the EGX Rezzed Sessions which you can watch below.

As for what’s next for Perp Games, we’ve got a busy season of games ahead. As well as Smash Hit Plunder, Blind is releasing this Friday in UK territories and following that we have the Zen Studios VR Collection, Torn, Downward Spiral: Horus Station, Unearthing Mars 2, and much more to be announced.

We absolutely loved being at EGX this year. If you were there and stopped by to say hello, thank you so much! It was great to meet so many of you and we hope to see you at another show in the future.

And if you weren’t at the show, don’t worry as you haven’t missed out on all the fun! You still have time to sign up to our newsletter and we’ll pick a lucky, random winner from recent signups to win FIVE Perp Games titles of your choosing.